YouTube has provided an opportunity for everyone to get their creativity out and share their ideas with the world, and in addition to being a platform for creativity, after fulfilling specific conditions, you can achieve financial income in exchange for what you submit to it, so we see many and many articles about how to become a YouTuber, but most of them focus on making a material profit from YouTube This is what makes it useless and full of useless promises, so forget everything you have read previously because we will put in your hands a set of realistic tips that will definitely help you start your career on YouTube because it is simply presented by Felix Schellberg, the owner of the largest YouTube channel.

Felix, better known as Biodebay, posted a video titled: How do you start your career on YouTube?

At first I thought that the video would be sarcastic like the rest of the videos it publishes, but on the contrary, it was full of effective advice and directed to everyone who wants to start their career on the platform, so we decided to put it in your hands and share it with you to make a correct and thoughtful start on this distinguished site.

Felix noted at the beginning of the video that he does not have a definitive answer to all questions, and you should not take from his words a fixed rule, as he speaks based on his experience that exceeds seven years and things change every period on the platform.

Felix mentioned that many people make mistakes in choosing the equipment to start on YouTube, as they spend a lot of money to buy the latest ones and then complain that they did not achieve the success they were expecting, so Felix advises you not to spend your money on expensive equipment, but start with what is available in your reach and do not care about anything else , Although the luxurious equipment will help you very much in your career, it is not essential at all, as making videos requires training and skill, not having imaginary equipment.

One of the points most emphasized by Felix, and in fact this paragraph can be divided into two items that complement one of the other, the first involves presenting content that you like to watch it yourself, Felix, for example, began filming his reaction while he was playing different games, something he enjoyed very much.

As for the second item, it is to provide new and distinctive content without paying attention to what is popular on the platform and imitating it, take Felix as an example again, as the video games he was publishing were very popular so they did not bring him the success that he aspired to, but everything changed after he started publishing A series of horror games that made his channel huge leaps, as it was a distinctive and untouchable idea at the time.

So choose content that interests you and then make it as special as possible.

We’ll start this paragraph with the quote Felix said: “Getting to the top is much easier than staying on.”

PewDiePie tries to prepare you for the next stage after achieving your success on YouTube, as he mentioned that there were many YouTubers who achieved success on YouTube and then disappeared from the scene after a short time because they were unable to maintain the masses of their followers.

So, you may be lucky and the YouTube algorithm helps you promote one of your videos, attracting you to a large audience, and here you should take advantage of the opportunity to maintain that audience by continuing to publish videos and form a relationship between you and the viewers to make them follow your content primarily for you, not for the title of the video. Or his idea.

So get close to your audience and make them care about who you are, but stay away from sweet tooth and cliché.

Felix considers YouTube to be a business and a hobby at the same time, and in order to achieve success, you must take it with all seriousness and not consider it as a source of income only, so you publish a video whenever you need money, but rather you must devote all of your time and effort to it and when you do that you will notice that he will occupy all your time and you will remain consumed by the examination of videos and videos And comments and other things, and you will also find that working on YouTube is not like any other job that accomplishes your work hours and then returns to your home to rest.

If you want to increase your audience base, you must find a way to promote your channel on it, and Felix is ​​almost certain that all the currently famous YouTubers had received assistance in one way or another at the beginning of their careers, perhaps one of his videos was shown on one of the sites, or perhaps one of their relatives or friends was Youtuber Give them help, as the hardest part of being successful on YouTube is getting your initial audience, and if you can get it with someone’s help, what is the problem?

Here, PewDiePie mentions how he himself was the reason for the popularity of many YouTubers such as Jack Douglas, owner of the Jacksfilms channel, so do not be shy about asking for help if it is available because it will not diminish your value, and do not think that anyone will say that your success came from receiving that help, because help does not mean Success at all, but it is just an initial payment to get your initial audience, and if your content is not worth watching, then the help will not help you, but if your audience constantly frequents your station, this means that they care about your person and admire your ideas, so your success depends on you alone and nobody but you.

But what if you can’t find someone to help you promote your channel?

Do not worry, there are many other ways to do this yourself, but do not forget that there are rules that you should not violate, so do not, for example, comment on videos on other channels inviting viewers to subscribe to your channel, as this idea, although it may be successful, is never desirable because it carries Contempt for the content and person of the owner of the video you commented on, so stay away from twisted tactics and promote yourself smartly and skillfully without pushing the boundaries of courtesy

Sixth: Do not trust anyone at all

During your career, you will encounter many bad people who will try to manipulate you to exploit your audience and the views that your channel makes, so be strong and ready without hesitation to get rid of all the people who have bad intentions.

One of the first questions that will come to your mind when you decide to start making financial returns from your channel, and although Felix has previously contracted with many networks and is still contracting with each other, he sees it as a phased partnership that will not last in the long term. On the other hand, contracting with networks It was necessary for gaming channels because YouTube did not contract with them in the first place, but today the matter is completely different and no one is obliged to contract with any network, and Felix added that networks are useless, especially for owners of small channels, so postpone this issue until your channel becomes large Somewhat.

After Felix passed by mentioning the contracts in the first clause, he stressed the need to appoint a lawyer, which is something he learned from his long experience, as the lawyer will check every contract you conclude in anticipation of problems that will enter you into labyrinths that will cost you more money than the lawyer will take for him in Primarily.

With this item Felix concluded the video and used the remaining time to stress the need to start your work on the platform out of love and passion, and not care about anything else. 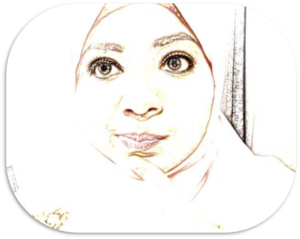